Politics is easier in hindsight. A Prime Minister’s record is perhaps best judged (long) after leaving office, when the longer-term ramifications are more established (though perhaps nevertheless arguable). But, if it is worth judging someone by the company they keep, there are a number of reasons why I consider it obvious now that Cameron is not to be trusted; and why he (rather, his party’s candidate where I live) will not be getting my vote today:

Because I just don’t believe him. 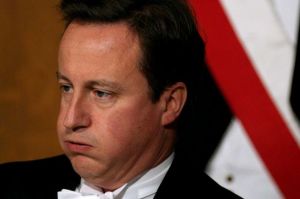 One response to “Reasons why I won’t be voting for The Blue Spectre:”