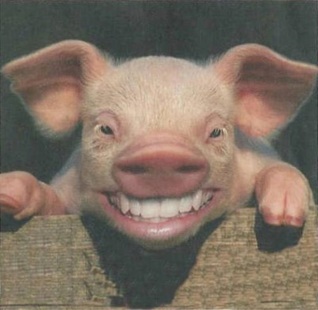 On the afternoon following the local elections back in May, I happened to be in Shirley, the site of my first two abodes in Southampton a decade since. As I walked back from the High Street toward the precinct and supermarket I’d earlier walked by, the van-adjacent gathering I’d observed previously had swelled and cameras were evident. Tending not, in celebrity’s vicinity, to be afflicted by the gawping paralysis that halts many in their tracks, I continued by with an unchecked gait, went about my shopping, and then drove home without giving it another thought. Until I later saw the images on the local TV news of some laddish prat breaking an egg on the jacketed back (‘cos thrown eggs tend to be delivered from the blindside) of Ed Miliband.

I don’t know how those present to see and hear Miliband basking in victory reacted to what is, technically, assault, isn’t it? I wondered at the (tardy) response of the minders (I presume he has them) of a senior public figure to the attempted humiliation of their ward. I wondered whether anyone considered attempting a citizen’s arrest. But in case you’re presuming some partisan sympathy for Miliband here, think again. He is, it strikes me, almost as much a cardboard PR cut-out as our Prime Minister (almost, but not quite – the Blue Spectre has this down to a slick art), and his (soon-to-be-party-less) Deputy. Politics has, I perceive, now become just that – PR. I sometimes lie awake pondering the extent to which we are beguiled by image, and spin, and lies. And the un-statesman-like preoccupation with retrospective blame. Yes, the past administration has questions to answer, as much as this one does; but if we’re going to back-cast regulatory aspersions, well just how far back in time do we go?

Sorry, I meandered. Where was I? Oh yes, my point being that, were the Blue Spectre to be splattered with some witless tosser’s tossed egg, I would be equally appalled. What you don’t do, if you detest someone enough to resort to such a playground tactic, is to place the object of your bile in a position that garners sympathy and support. Shaving foam-ing an octogenarian Murdoch is counter-productive. Some years back, I was shocked when Opus Dei Minister Ruth Kelly, much as I couldn’t abide her, was similarly pelted. How is it that a Government Minister – and a female one at that – can be attacked this way in the street; what if it had been a knife coupled with psychotic tendency? Who thinks ill of Prescott for scrambling the ovoid bragging rights of his assailant?

But I have been considering whether we now have a situation where the hurling of more than profanatory heckles would be understandable, justified and condonable. Imagine if you were a lowly bank clerk. And you were caught preparing for another trip to the bookies with your hands ‘in the till.’ What do you think would happen to you? You might reasonably expect to lose your job; to be stripped of your winnings; and to be prosecuted for squandering other people’s money. You know where I’m going…

We – all of us – are being mocked and insulted by types exemplified in the smug, slimeball evasiveness that is Bob Diamond. Whose bank’s activities have knock-on affected everybody. After we bailed out the last muckfest served up by arrogant, avaricious kingspivs. Those, we are repeatedly told by their political apologists, whose salaries and bonuses and perks are justified because to get the best talent, you have to pay the top whack, or it will go elsewhere. (Well let them go, I say; everybody is expendable and replaceable.) Those who hold us at-source-taxpayers in their contemptuous pockets. Did this most unimaginably incompetent/fraudulent (delete whichever, but it must be one or the other) CEO merit his wad?  Are we convinced that appropriate penality is sure to follow? Or will talk of serious crime gradually fade as our politicians somehow PR whitewash the outcomes?

So, what can we, the helpless, do? Well, might we… bring back the stocks!? Strip this swine naked in a packed Wembley Stadium, in front of a live TV audience; shackle him; let those who have lost their homes, or their businesses, or their jobs, hurl a past-sell-by-date egg each. And then leave him sunning in putrefaction and flies. Beyond his saying “Sorry” and meaning it. Until he blubs and begs forgiveness. It is ”time for remorse.”

Okay, so I’m being somewhat flippant. Advocating uncivilised mob violence and all. But how is such extreme anti-social behaviour to be punished? Would we prefer the ugly mass violence and vandalism of angry protesting crowds, battling with police in the City? Because that may well be an outcome of this brewing storm. How do we reach someone who personifies a culture of disconnected privilege, so remote from the lives of those they don’t know and care not a jot? Someone who has the graceless temerity to still smile in public. Cunt!

In the last few years, as the UK has been undulating in and out of recession, the shameful gap between its rich and poor has continued to widen, as those at the bottom are further disenfranchised, crushed under the increasing weight of the fat wealth at the top. We are a humiliated nation. Because we are not all in this together. There is no Big Society. Only a Society for the Big.

If Diamond and his sty cronies’ Savile Row suits were soiled with a thrown egg or three, I confess I would, for once, be pleased. But I’ll be much happier when they are delivered of a sharp blow with a big, hard heavy copy of the book.

One response to “Stocks and swine”